(L to R): Damian, Jabari and Ronan from Boost Collective.

The Independent Artist Needs to Build Their Brand, Promote Their Music & Wear So Many Different Hats. Luckily,  You Don't Have to Do Everything By Yourself...

Making money off music streaming and creating your brand and promoting your music online takes a lot of work.  You probably know by now that you cannot get away with just making music.  Luckily there are companies that can make life easier for artists in this regard!

In this interview we chat to Ronan from Boost Collective, an artist success company that helps music artists with various music branding and promotion services,  to mention only a few of the range of services they offer music artists.

Below you'll discover insights on what it takes to make it in the current music business landscape, the best organic Spotify playlist promotion,  the biggest mistakes artists tend to make and more!

So, without further ado,  here's the RenegadeProducer.com interview with Ronan,  co-founder of Boost Collective...

RP.com: Tell us a little bit about Boost Collective and what you offer to music producers and artists?

Ronan: Boost Collective was started in 2017. The long term goal for Boost has always been to innovate in the market where we see opportunity. At the end of the day,  providing as much value to artists as possible is what matters.

We've created a platform that we've coined the "Amazon" of the music industry, where we cover everything an artist needs to operate a successful career.

We have services that fall into a few categories. The first being promotional. We offer a platform where artists can pitch directly to Spotify curators. Next, some of our other services fall into the branding category. These include, cover art, banners, social media posts, music ad graphics and more. Finally,  we offer music improvement services, where artists/producers can work with actual pros to really polish up their music.

RP.com: You've worked on many promotional campaigns for various music artists.  What, in your experience,  is the current landscape like for up-and-coming or newer artists?  What are the main things to keep in mind 2021 and going forward?

Ronan: This is an interesting question. It certainly seems like every 'guru' has their idea of what the best strategy to grow is. I think the main thing to keep in mind is that great music is always going to win. We used to subscribe to the notion that it's all about marketing, however the more artists we've worked with,  it's simply not the case.

Low quality music gets skipped at the end of the day. There's a reason that those songs that so many people continuously stream rack up big numbers, and that's all due to the music. Promotion is merely a vessel to start the rolling snowball.  It's a way to reach new ears.

Coming into the music industry landscape, artists need to deflate their expectations when it comes to how the rise to the top actually works. The top thing to keep in mind in 2021 and beyond is consistency. It's the key. Release #1 wasn't a hit? Cool, get back to the drawing board. Get consistent with your releases, invest in what makes sense and keep it going.  It's a marathon not a sprint.

RP.com: Music streaming has become the main driver for the music industries. What are the most important things music artists should know and keep in mind when it comes to making money off music streaming today?

Ronan: Great question. Music is the main needle-mover for an artists' career. It always will be. Artists shouldn't expect to make an ROI through streaming right away.   Reaching more ears is the method of finding fans, and getting those fans to stick around for the long haul is the ultimate goal.

So, the most important thing artists should be thinking about is that when it comes to earning money, the fans you capture through the music will eventually spend money on your merchandise, come to your shows and allow you to work with brands for sponsorships.

RP.com: Still on music streaming.  Spotify is undoubtedly the biggest platform in this space right now and getting on a good playlist can make a massive difference for artists in terms of both exposure and streaming revenue.  We all know there are however people and companies with less than savory practices in the music business. What are some of the pitfalls artists should be aware of when it comes to playlist promotion?

Ronan: This is an interesting one. Spotify certainly is the platform to be on. It's got the most users, and potential to reach new 'sticky' fans. Personally at Boost Collective, we aim to be as transparent as possible. Some artists have a mindset that everyone is out to take advantage of them. And to be fair to them,  a lot of people are here to capitalize.

We totally get that viewpoint. No one wants to be taken advantage of. There's always going to be a few cases where you can't make everyone happy, but so long as the company you're working with is willing to make things right for you,  you should have some comfort that the company has your best interest in mind.

When it comes to promoting through playlists, it takes quite a bit of analysis to make sure it's a solid list to go after. There's plenty of fake playlists out there, and the last thing you want is to fall into a scam.

Some things we look at are the trajectory of the followers on a particular list. If it goes from 10k to 4k, to 1k the next day and then backup to 10k, that's a massive red flag. We've had experiences with fake playlists in the past, and sometimes it's very tough to tell. Similar to designer goods, used cars etc... there are always bad apples out there unfortunately. We want to make sure if an artist runs into a situation like that, that they are taken care of. Making artists happy is the priority, and removing fake playlists is essential for keeping a clean platform.

RP.com: How viable, in your experience,  is it for smaller unsigned or independent artists to make a decent living from streaming royalties alone?

Ronan: As mentioned before, I don't think it's good to look at streaming as a way to get filthy rich. It's definitely possible the larger you become as an artist, however as a small artist,  I wouldn't rely on streaming income to fuel the fire.

It's certainly a great income source to reinvest into new gear, marketing/promotion etc... We see artists like Russ build to millions of dollars per year off of streaming, so it's definitely possible, especially even to reach 1/10th of that number. We know quite a few artists that are doing very well with streaming + merchandise + songwriting income, that aren't getting massive numbers.   It's definitely possible to build up to a solid amount of income with dedication.

RP.com: What would you say, in your experience,  are some of the biggest mistakes artists tend to make or misconceptions they have when it comes to promoting their music today?

Ronan: I'm going to toss a small curve-ball on this question. There are so many artists out there, and for some reason so many artists don't want to collaborate on music. I believe artists aren't creating enough opportunity for themselves. If you collaborate with an artist that's pulling similar numbers to you, it's an easy way to appeal to their audience.  Some people from that audience are going to come and stick to you.

So, the biggest mistake artists are making is not networking. They say you can guess someone's net worth by who they know.  A lot of artists need to set aside creative differences and work together to push the boundaries and combine sounds.

Ronan: I think it really depends on what the situation is. If your music isn't up to a professional quality your investment is better made to improve your music. Trust us... it's hard to place low quality music on playlists. A good song on a playlist will get skipped less,  and rack up more repeat streams.

I still stand by playlisting being a fantastic low cost method of reaching new ears. We've spent a lot of money on ads, and it's pretty clear that your Facebook pixel needs a lot of data to get very efficient, and that costs a lot of money.  Some artists have really done well with running ads,  but I would reserve that for more seasoned music artists or get it done through a skilled agency.

RP.com: Lastly,  what does the future of the music business look like from your current vantage point and which words of advice can you give independent artists and producers going forward?

Ronan: I like the outlook on the industry right now. There's a lot of talented people doing amazing things. Music is always going to be there, but right now it's easier to grow your career than ever before. I don't believe that the reign the big labels have is anywhere near over as many people are saying though. There's still a lot of gatekeeping going on, however there's more power coming to independents in recent years than seemingly ever previously.  If artists are always looking to make connections and jump on opportunities, they'll do well.

RP.com: Is there anything else you would like to add before you go?

Ronan: I'd say an underrated concept is winning with your friends. Build connections with artists in your town, get together, collaborate and grow together!

Thank you to Ronan from Boost Collective for taking the time out to do this interview with us.

Here's a quick summary of some of the main insights he shared:

I trust you've found the interview insightful.  Be sure to check out and join the Boost Collective website to make use of the wide-range services they offer artists. Also, follow them on Instagram and subscribe to their Youtube channel for more great tips, insights and to stay up to date with the latest news.

You'll find the links to these resources below right now: 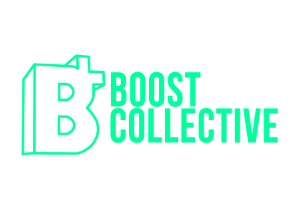 The RenegadeProducer.com interview you read above was made possible by Boost Collective.